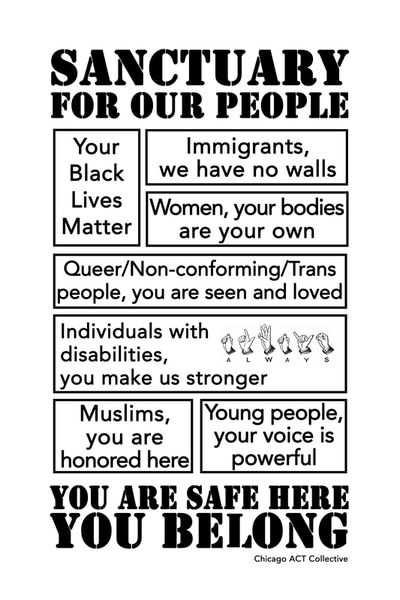 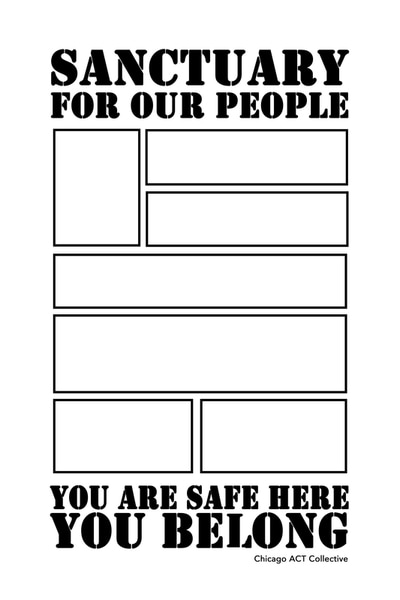 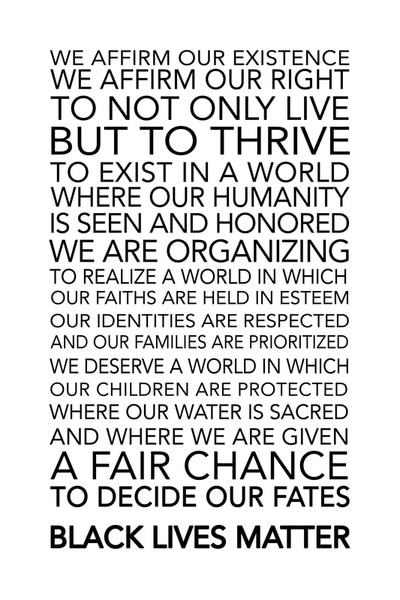 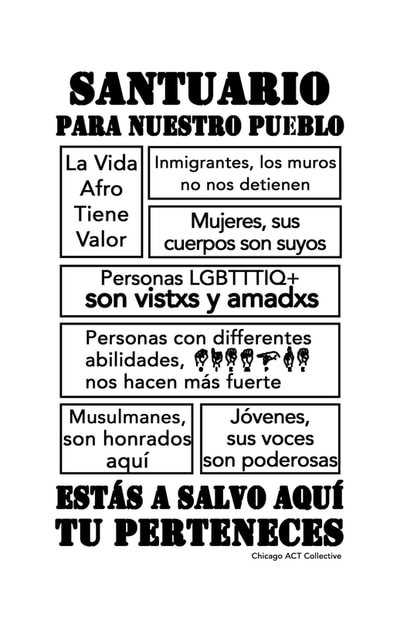 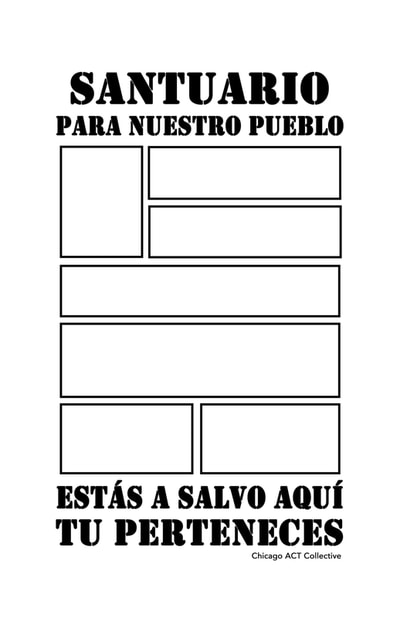 PLEASE CLICK THE IMAGES ABOVE TO DOWNLOAD JPG AND PRINT/SHARE
In the wake of the 2016 Presidential election everyone struggled to find ways to publicly stand in opposition to the rhetoric that had been used in Trump’s campaign. Teachers hastily posted signs on their doors and post-its on lockers the day after the election in schools. The ACT Collective wanted to pressure Chicago to join the list of so-called Sanctuary cities while providing a tool for teachers and others outside of schools to reject Trump’s hate speech. We worked through several drafts to find language that was affirmative and completely subverted Trump’s campaign rhetoric.

We were aware that our effort would never be complete and capture all anti-oppressive struggles, so we also designed a blank Sanctuary poster that could be filled in by groups in ways that reflected their ideas of sanctuary. The blank poster can also be used by classrooms and other groups to define their own types of safe space.

As we were finalizing our language, Black Lives Matter released a statement with an eloquent and concise quote that echoed the ideas of our Sanctuary poster. We printed and distributed this statement as well.

All three posters were screen printed by the collective and distributed. Our first major printing event was at the 2016 Teachers for Social Justice Curriculum Fair. Since then the Collective has hand-printed and distributed over 500 posters in Chicago and shared jpgs nationally through social media for digital printing. 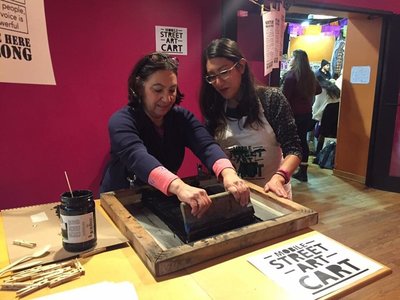 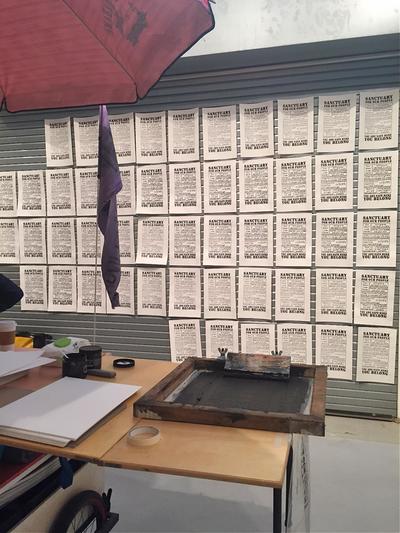 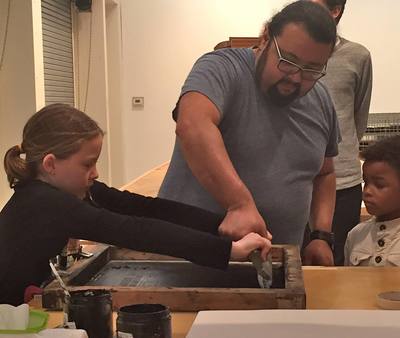 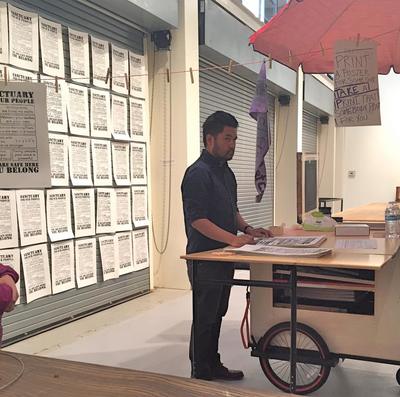 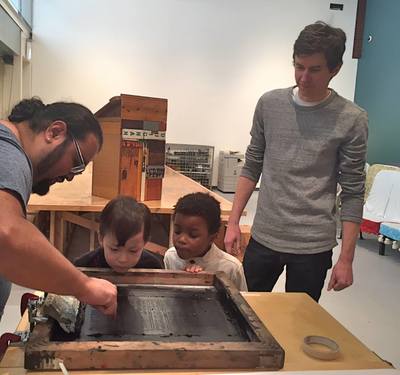 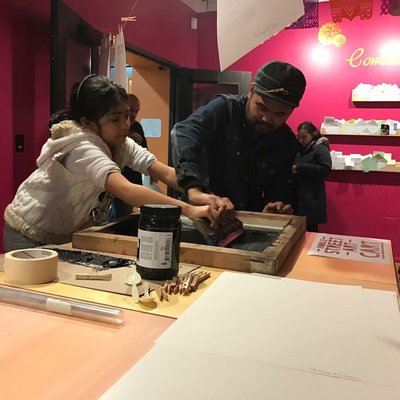 The next step for this project is developing a zine, workshops, and trainings that support the message of the poster. The Collective seeks to deepen and solidify the meaning and actions that constitute building and defending sanctuaries.
​
March 19, 2017
At the Borderlands: When The Personal is Political
ACT Collective Zine Making Workshop

What is the role of art in creating new narratives and building towards creative and radical  possibility? How can zines be used as educational tools? What is the history of zines? What power comes with self-publishing?

These questions and the work of the Collective on the lead zine, inspired us to invite the community to work with us in compiling information for a new zine that addresses “Sanctuary.” Asking what our role is in defending or building a space of Sanctuary in our interpersonal relationships and collective political experiences?